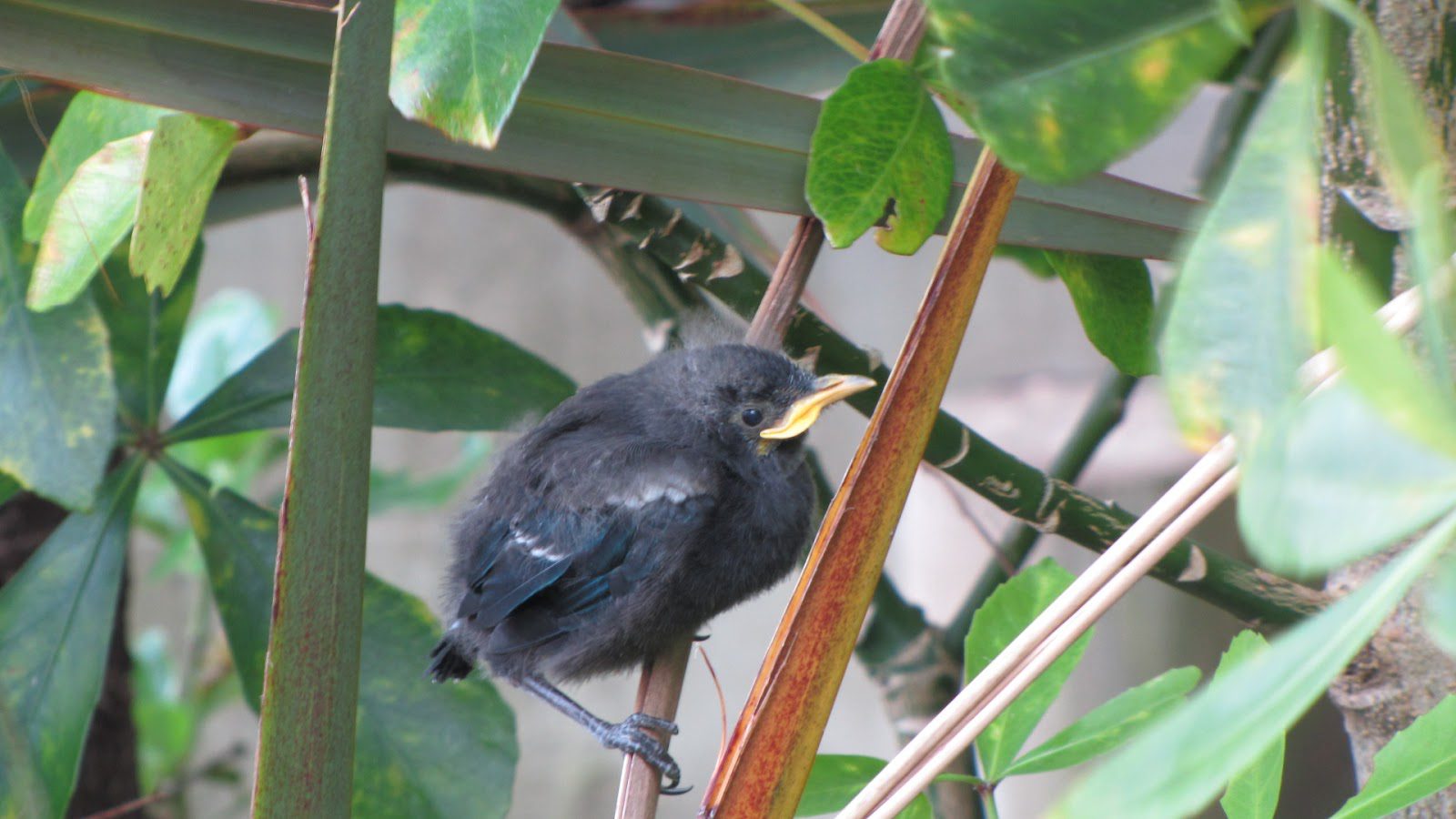 The native birds at Paramata Lodge provide great entertainment especially during the summer months while the windows and doors are wide open into the evenings and we hear clearly all their bird sounds. This summer the added advantage is that all the birds have come in closer to the lodge since Neil’s native tree plantings over the years have created the perfect habitat for them. There are plenty of feed trees and clumps of dense vegetation for them to shelter.

The other evening there was almighty screeching going on and then a thud. We both got up and ran outside, thinking it was likely to be a Karearea chasing its pray and one or other coming into contact with a window or wall. Karearea do make a loud screeching noise but we found no sign on the building or the ground below. A little later again the same thing happened. The screeching was intense and once again a thud. This happened several more times!

Karearea are the New Zealand native falcon, and the most threatened bird of pray in the country. They are a little smaller than the introduced Australasian harrier hawk and browner in colour. They are considered at risk, but recovering in numbers. The other key difference is that they are fierce and fearless predators of live pray, small birds, small animals and large insects, chasing and diving on them in flight. They are seen around the lodge in their hunting mode and once tried to attack our chickens that were securely in their run.

When I went upstairs to our bathroom I found a dark black bird in the corner by the bath which I caught and its screech indicated that this was the commotion we had heard. I took it to the window where it hurridly flew away.

My immediate understanding was that this was a young starling. It was black and plump and had bright enlarged yellow lips to its beak. It screeched fiercely like a starling can when you catch them in your hand.

The next day we consulted the experts online and immediately I realized my mistake. I have wondered for some time why we’ve never seen young or baby tui around the lodge when we observe mating quite regularly this time of year. Now I realized this was a very young tui I had in my hands, for the first time.

The bright yellow beak indicated a young bird more yellow than that of a starling’s beak.  A young starling however has a much more speckled plumage with white, dark purple and green feathers. This bird was entirely black except that it did have a row of little white dot feathers on its wing shoulders which is what a tui has.  It had no white feather tuft under its chin however and that’s because it was still a very young bird. I’d say it had fairly recently fledged since the beak flanks were still very enlarged and bright yellow as they are when the bird is being fed by the adults in the nest. A frightened tui can surely make a loud screeching sound, they use such a call to warn other birds of danger or in this case fearing for itself.

What a thrill to have a young tui in my hands!

If you are interested in this sort of encounter come and stay with us. We’ll show you our environment.